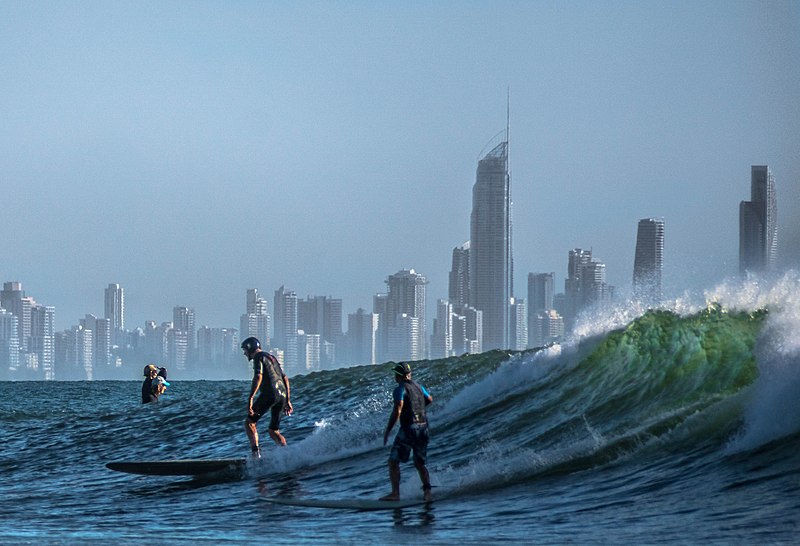 Nestled in the southeast corner of Queensland one finds the City of Gold Coast. This vibrant urban area is without a doubt of the premier leisure and vacation destinations in Australia – if not the world. It attracts not only holidaymakers – but also businesses looking to take advantage of world-class event venues and an increasing number of exciting opportunities for business growth. It does not hurt the city’s attractiveness that it is also on the edge of an ocean that teams with marine life – sport fishing is big business. The fact that it is also a great base to explore the majestic coastline (including 57 kilometres of beach), rainforests and other natural wonders also makes it extremely attractive to a number of diverse audiences. A vibrant dining scene also contributes to the attractiveness of Gold Coast.

Delving a little deeper into what makes Gold Coast so attractive reveals a city (and region) that is set to retain its status as a gem in the crown of a country that overflows with both natural beauty and business opportunity.

Gold Coast is growing at an astonishing rate – and those who control the pursestrings of the city have set their sites on growth that exceeds the national average. Of course, given the city’s status as a leisure destination tourism is a key driver of this growth. There are approximately 42,000 people employed in tourism and related industries – and Gold Coast contributes $4.7 billion a year to the coastal economy. The Australian government has committed itself to working more closely with the tourism industry to further strengthen the tourism industry with support for new initiatives, including bolstering the event hosting sector and encouraging more direct flights to the region.

Given the sheer attractiveness of the Gold Coast, it is no surprise that the creative industries are increasingly important to the ability of the city and its surrounds in attracting further investment. Film and television productions, advertising and the print media – as well as software related to creative pursuits all are playing an increasingly important part in the Gold Coast economy.

The food and beverage industry is also a key sector. employing around 14,000 people it is diversified and vibrant. There is a ready international market for products such as seafood, dairy and fresh produce that have their origin on the Gold Coast. Food processing is also increasingly becoming an attractive opportunity for those seeking employment.

The Gold Coast authorities have pledged to make the city a shining example of a city for the 21st century. A digital focal point. This pledge is making Gold Coast increasingly attractive to tech startups, incubators and general tech investment. The city is investing in a state of the art fibre optic network and free wi-fi is only part of the plan for the migration to ‘Smart City’ status.

Of course, given the city’s proximity to incredible saltwater recreational opportunities, there is a focus on the design and manufacture of recreational sports craft. Manufacturing, sales, maintenance and berthing are all focal points.

If there is one characteristic that defines the Gold Coast community it is the fact that young people make up a significant proportion of the community. In the 2016 census, it was found that people aged 0 to 24 years made up 31% of the population of just over 687,000 people (2019). Compare this to the 2016 population of around 540,000 people and it becomes apparent that the Gold Coast is growing at an exponential rate. The city is home to an extremely diverse community with overseas arrivals finding the lifestyle attractive. South African’s, those from New Zealand and Asia contribute significantly to the cosmopolitan feel of the city.

Gold Coast boasts a sub-tropical climate with an amazing average of around 300 sun-filled days each year. December to February are prime tourist season – and for very good reason. the average temperature during this period ranges between 21 – 28.4°C (69.8 – 83.1°F). However, it is worth noting that humidity can be high during these months – around 69 – 75 percent. But the discomfort is reduced due to cool ocean breezes. June to August see the arrival of winter. During this period of the year temperatures average between 12.5 and 21.5°C (54.5 – 70.7°F). It is sunny and dry.

4. Transport in and Around Gold Coast.

The city boasts an advanced public transportation system – geared towards servicing those who want to enjoy the delights of an outdoor lifestyle. Commuters are provided with a number of choices when it comes to getting to their destination of choice. First, there is the reliable Gold Coast tram system which operates from 5am to midnight on weekdays and weekends. this is ideal for those who want to explore some of the tourist hotspots in the city. Brisbane Airport is serviced by the comfortable and efficient Gold Coast train service – which also transports those who want to explore world-famous landmarks such as Surfers Paradise. The exceptional service offered by the Gold Coast bus service is ideal for those who want to explore almost any of the city’s attractions. A taxi service makes individual itineraries a pleasure. The availability of the ‘Go Explore’ card also makes the use of public transport both convenient and excellent value for money.

The Gold Coast no longer bears any resemblance to the secluded stretch of coastline that was once home to the Yugambeh native inhabitants. A modern Australian city began to emerge shortly after the landing of the explorer John Oxley in 1823. By 1875 wealthy Brisbane residents had begun to stake their claim in what was to become a stylish retreat from the ever-growing city of Brisbane. The Surfers Paradise Hotel, which opened its doors in the 1920s saw Gold Coast begin to boom.

Today, Gold Coast stakes its claim as being Australia’s most vibrant and sought after tourist destination. The increasingly diversified economy of the area – and lifestyle has made it attractive to an increasingly diverse audience. From those who want to make it a base for business operations to those who simply want to enjoy its fabulous climate and natural wonders. It is a city that has geared itself towards growth.

To see all businesses for sale go to our home page.